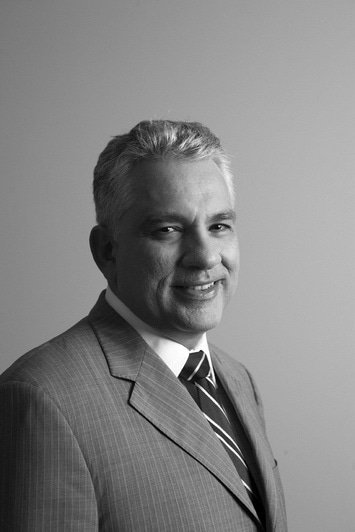 Schmidt Valois Advogados partner Paulo Valois Pires details changes brought about by the implementation of a new natural gas bill in Brazil, including crucial steps designed to bring investment to the area.

The new framework for natural gas has been years in the making. Deputy Antonio Carlos Mendes Thame originally proposed the natural gas bill of law no. 6407/2013 in September 2013. The original proposal was amended by the Commission of Mines and Energy (CME) in October last year.

The final bill was recently approved by the Chamber of Deputies’ full bench, with Deputy Laercio Oliveira as rapporteur. It will be now reviewed by the Senate.

Overall, bill 6407 has its merits. If Bismarck were alive, he might say that it represents the “art of the possible”. It introduces crucial improvements to natural gas transportation because the current Gas Law has not succeeded in bringing investment into that area.

The bill is ingenious because it superficially addresses the tricky matter of local piped gas distribution services, which is under the states’ jurisdiction. It delegates to the petroleum agency (ANP) the regulation of equally complex issues, such as third-party access, compulsory capacity release and owner preference for the use of transportation infrastructure.

The end of gas transportation concessions

The failure of the current Gas Law must be understood within the context of the time in which it was enacted, 2009, when Petrobras held a virtual monopoly over gas transportation. This is no longer the case; the sale of 90% of gas pipeline NTS was concluded in 2017, and of TAG, in 2019.

But no natural gas transportation concession has ever been granted under the current Gas Law. Perhaps the only experience that came close was Petrobras’ Guapimirim-Itaboraí project.

Gas transportation is a natural monopoly, a network industry that needs the grid and the infrastructure to transport volumes (except for LNG). Investment did not materialise, and there has been no expansion of the pipeline network. Brazil has about 40,000km of gas pipelines, while the US has 4.5 million.

The new bill simplifies the construction and operation of gas transportation pipelines, ending the stillborn concession regime, which was never even tested.

With the conversion of the bill into law, gas transportation will be subject to prior ANP authorisation, preceded by an open season. Thereafter, the construction and operation of transportation pipelines will no longer be governed by the concession regime.

The concession regime has its own processes and, in the case of gas transportation, is always preceded by a bidding process. Authorisations follow a more straightforward procedure, without the need for a bid. But it is a discretionary, unilateral and precarious administrative act issued by a public administration based on the public interest.

To mitigate such risk, the bill exhaustively lists the circumstances in which the ANP can revoke its authorisation, including in cases of bankruptcy, at the pipeline companies’ request and in the event of deactivation of the transportation facilities. The bill also mentions what would constitute a material breach of the new Gas Law, applicable regulations, transportation service agreements and the requirement for the independence and autonomy of the gas market.

According to doctrine and case law, the authorised party shall be indemnified in the event of groundless cancellation when the authorisation was given for a fixed and determined term and in return for investment.

Thus, bill 6407 places its trust in the authorisation system for the performance of gas transportation activities.

The new framework brings with it a significant change in existing guidelines. It provides for non-discriminatory, negotiated third-party access to LNG/regasification terminals, gas storage, processing and treatment facilities, and outflow pipelines, access to which is currently prohibited by article 45 of the current Gas Law.

Third-party access has indeed been debated since the enactment of the Petroleum Law in 1997.

It is a question of reaching a balance between the third-party’s right of access and the need for investment on the one hand, with certain privileges assured to investors on the other. The bill preserves owners’ preference for the use of the facilities themselves, to be defined and regulated by the ANP.

The bill addresses the issue of corporate unbundling by prohibiting cross-shareholdings.

The discussion around corporate or accounting unbundling is not new. It began with article 65 of the Petroleum Law, which established that Petrobras should incorporate “a subsidiary with specific attributions to operate and build its pipelines, maritime terminals and vessels for the transportation of oil, by-products and natural gas.” Such subsidiary could associate itself  as a majority or minority holder with other companies, according to the article.

The matter was also examined by the Gas Law, which imposed restrictions on the performance of other activities by pipeline companies, except those of storage, transportation of biofuels, and construction and operation of terminals.

Therefore, the idea that prevailed in both the Petroleum Law and the current Gas Law was that pipeline companies should act with independence and autonomy, without participating in other activities that may generate a conflict of interest or hinder competition.

Bill 6407 furthers this unbundling. It prohibits direct and indirect corporate control – or equity participation above 10% – between pipelines and companies operating in exploration, development and production, import, loading and marketing of natural gas. The same applies to board members and executive officers of pipeline companies, who are barred from being appointed to positions where they could have access to sensitive competitive information.

Bill 6407 creates an “independence certification” to be issued by the ANP to attest the independence of pipeline companies, whose spin-off, merger, incorporation and transfer of corporate control must be approved by the regulator beforehand.

The creation of an organised gas market

It introduces the concept of the organised gas market (MOG), a result of a growing demand for gas that will serve as an input for gas-fired power plants and other gas-to-power generation projects. This could be a positive step. MOG will provide a physical marketplace or electronic trading system. It will also be where agents authorised to operate on their own account or for third parties can register operations with natural gas.

Last but not least, the bill strengthens the regulatory position of the ANP. In its role regulating and monitoring the natural gas market, the ANP now holds “intervention powers to preserve competition”. It may adopt measures to decentralise supply and impose restrictions on the sale of natural gas between producers. By force of its internal by-laws, the ANP will be required to submit to public consultation any new draft of the gas transportation regulations, which will grant pipeline companies, shippers, free consumers and other players the opportunity to present comments on future ANP resolutions and to participate in public hearings about it.

As such, many of the improvements brought about by the bill will depend on resolutions to be adopted by the ANP. The ANP regulations will play an essential role in detailing the new gas transportation guidelines. In this sense, we expect to have massive demand for regulatory counsel and analysis concerning vital issues, such as open access, the entry-exit regime, tariff determination, among others. We also expect a more productive harmonisation among the states as to the new state regulations that should be handed down by them within their monopoly of piped gas distribution.